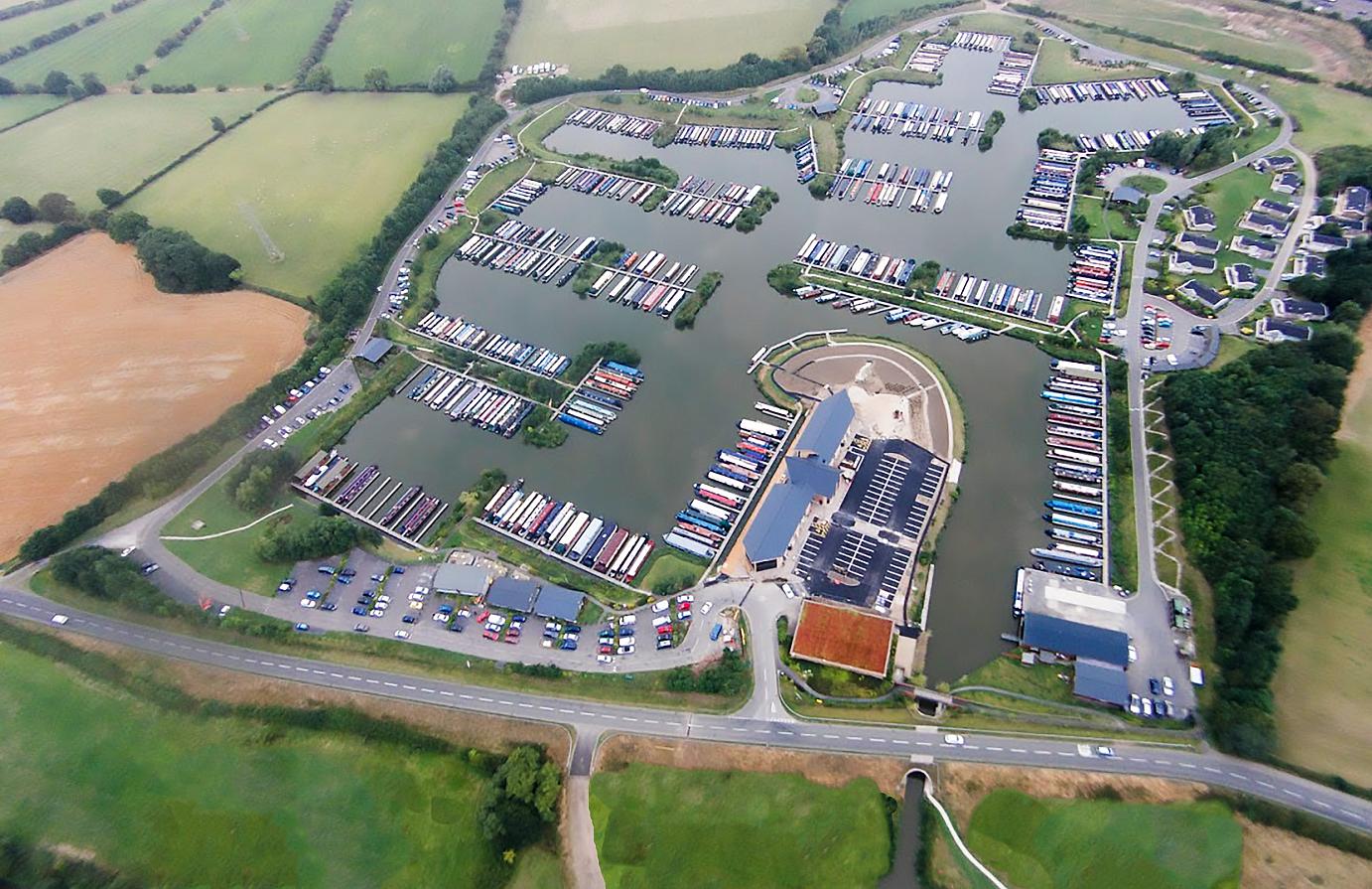 Ideally located in the heart of the canal network on the peaceful Trent and Mersey Canal. We offer first class facilities at competitive prices in a beautiful nature rich environment. Join the Mercia community today.

Before the marina was built Willington Lake was a private fishery, enjoyed by a few solitary fishermen but hardly anyone else. Now it is a bustling destination, very popular with boaters, holidaymakers in the luxury lodges and casual visitors coming to marvel at the largest inland marina in Europe. It is also incredibly popular with wildlife!

The actual construction work began at the start of 2008 whilst the marina opened in September of the same year. As you can imagine, there was a huge amount of planning undertaken in the 2 years preceding the start of the work, designing the marina, obtaining planning permissions and finding the right people to carry out the major engineering project.

The design of Mercia Marina marked a revolution in the design of marinas. Rather than digging a big hole and filling it with boats, the natural contours of Willington Lake were retained and enhanced and islands as well as promontories added. This created a much more natural waterscape than the norm, for the benefit of both visitors and wildlife. The revolution extended to the quality and extent of the services available to customers (we are very proud of our ‘Paul Smith’ style tiles) and the huge investment in landscaping has certainly paid off. Finally, it was also recognised that people like to visit marinas and so plans were laid at an early stage to provide walks, shops and restaurants.

The wonderful thing about  boaters is that they come from all walks of life, from stars like Harrison Ford and Timothy Spall to your next door neighbour, but they all have in common a love of the British countryside and a desire for independence, freedom to roam and to see the world from a different vantage point.

Mercia Marina can comfortably accommodate over 630 boats, making us the largest inland marina in Europe, but still offers plenty of wide open water space. It took 2 weeks to fill the marina with the required 150 million litres of water. It had to be done slowly or we would have drained the canal locally. Recently, we obtained planning permission for 180 residential boats, which will really enhance the strong sense of community and further benefit the local villages of Willington and Findern.

In 2013 construction began of the marina's latest development The Boardwalk, a promenade of 6 boutique retailers, with offices above, centred around a two storey bar and restaurant. The development fronts onto a raised wooden walkway offering terrific views of the water, boats and wildlife. We also created a sensory garden at the end of The Boardwalk for people to sit and relax. The project was completed just under 12 months with the official Grand Opening Weekend of The Boardwalk celebrated on October 11th & 12th 2014. A  magical weekend full of music, fireworks, street performers & lots more, which was rounded off with speeches and cutting the ribbon on the band stand by local MP Heather Wheeler.

A short film with lots of interesting information about Mercia Marina Derbyshire.